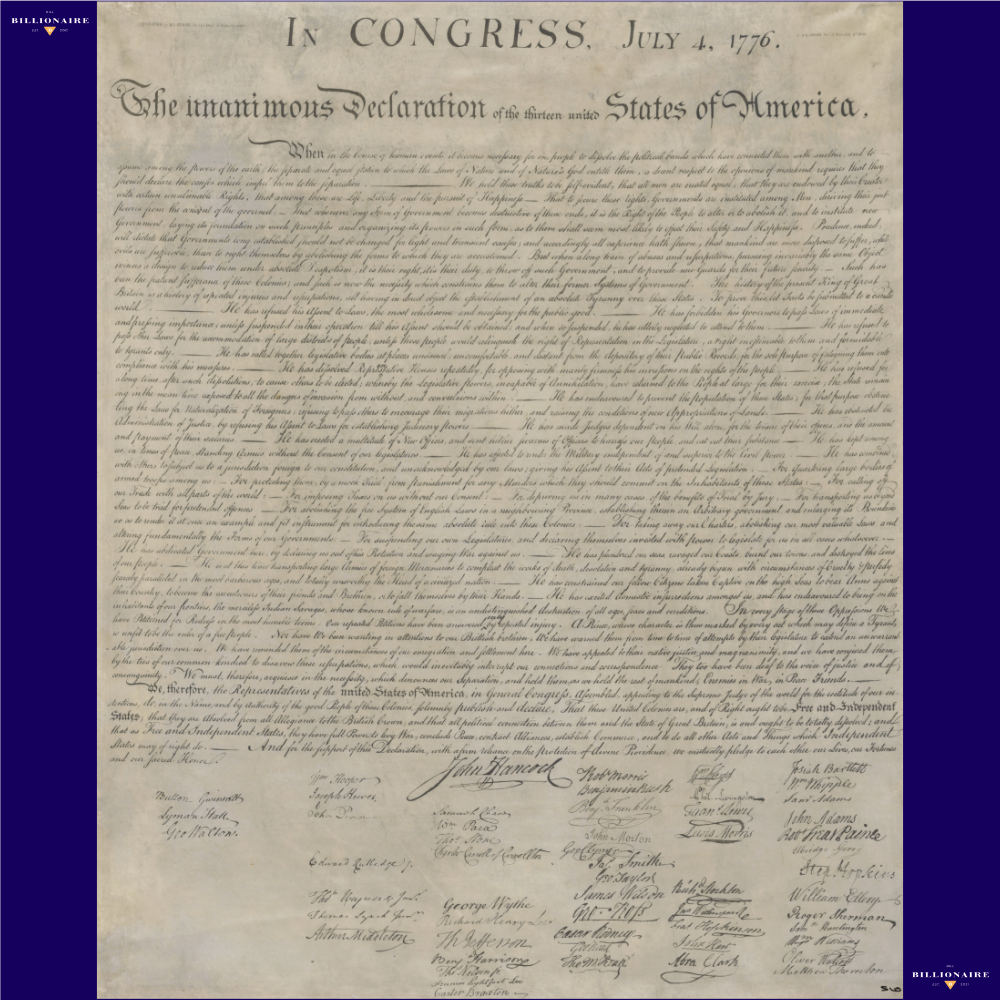 The United States Declaration of Independence is the pronouncement adopted by the Second Continental Congress meeting in Philadelphia, Pennsylvania, on July 4, 1776.

Enacted during the American Revolution, the Declaration explains why the Thirteen Colonies at war with the Kingdom of Great Britain regarded themselves as thirteen independent sovereign states, no longer under British rule.

This is a unique NFT released by the exclusive and reclusive creator Speedwelly and it’s possible this might be one of only 5 unique NFT’s ever created.

This NFT is already minted with the Binance blockchain. Click To View

This NFT sold on the 21st of January 2022 and has now been put back up for sale with us by the current owner. 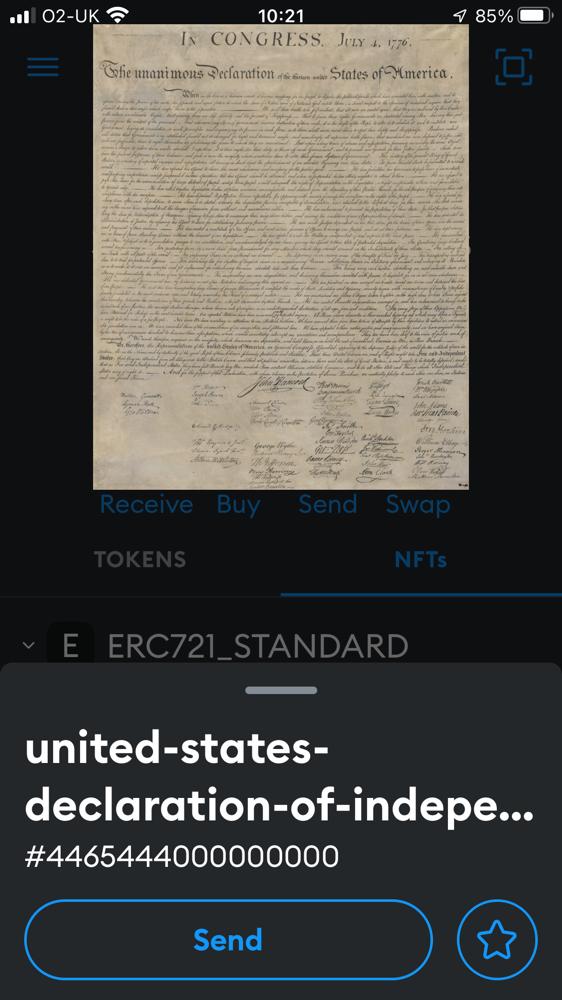 Offers being taken. Can be paid for with Cryptocurrency